April 30, 2022 user Comments Off
Abstract: Jia Mingxing, member of the Standing Committee of the Party Committee and Vice President of China Nonferrous Metals Industry Association, said at the first quarter analysis meeting of nonferrous metals that in the first quarter, the average price of LME three-month aluminum futures was US$3,255/ton, up 17.5% month-on-month and 54.9% year-on-year. 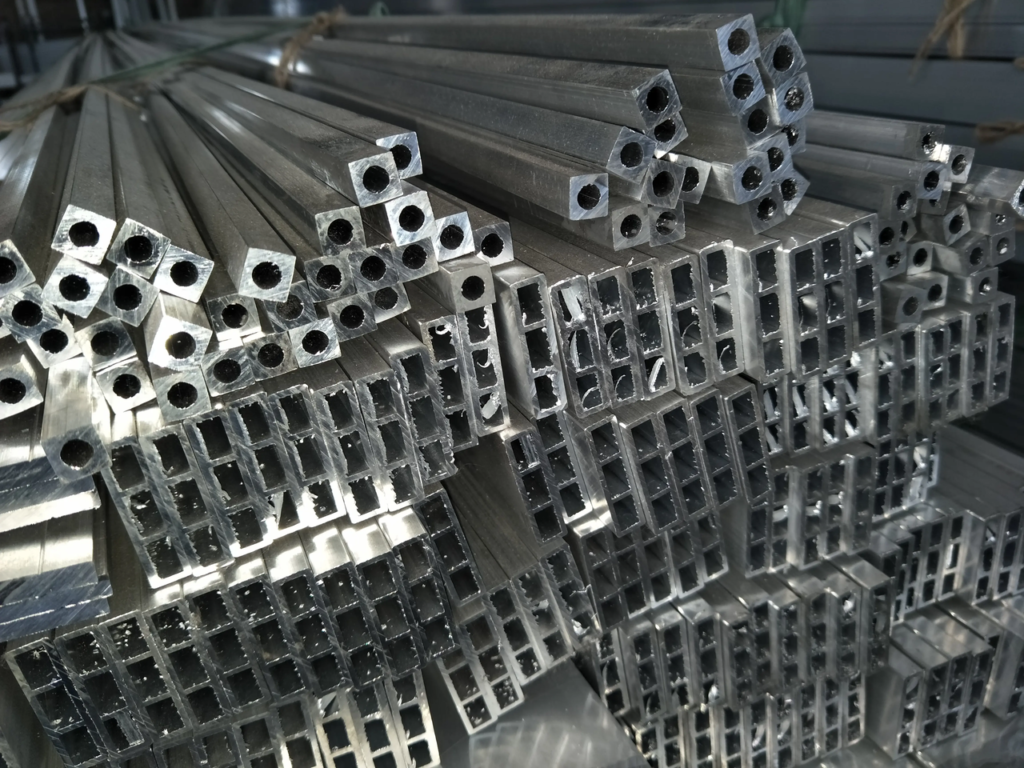 Industry Information：
China Nonferrous Metals Industry Association: Aluminum exports are still expected to maintain rapid growth.
Jia Xingxing, member of the Standing Committee of the Party Committee and Vice President of China Nonferrous Metals Industry Association, said at the first quarter analysis meeting of nonferrous metals that in the first quarter, the average price of LME aluminum for three months was US$3,255 per ton, up 17.5% month-on-month and 54.9% year-on-year. The average price of aluminum in the spot market was 22,210 yuan/ton, up 9.3% month-on-month and 37.1% year-on-year. In the first quarter, the import volume of bauxite increased significantly, and the export volume of unwrought aluminum and aluminum products increased significantly; the increase in import and export volume of major non-ferrous metals was significantly greater than the increase in import and export volume. At the same time, it is expected that the non-ferrous metal enterprises above the designated size will realize a profit of about 200 billion yuan in the first half of the year, an increase of about 20% over the same period last year. The export of non-ferrous metal products such as unwrought aluminum and aluminum products is still expected to maintain rapid growth, but the growth rate may slow down.
Summary of the impact of the epidemic on the electrolytic aluminum industry.
Recently, the epidemic situation across the country has shown a trend of high local concentration and multi-point distribution. After investigation, it was found that the epidemic has not adversely affected the production of domestic electrolytic aluminum enterprises. However, due to local prevention and control policies, some enterprises have taken measures to close their factories. Although their normal production has been guaranteed under the cooperation of various parties, it has also increased the difficulty of enterprise production coordination. At the same time, the prevention and control policies in various places have increased the difficulty of cross-regional transportation, and the transportation of electrolytic aluminum products is not smooth.
The unified national market of electrolytic aluminum has taken shape.
Xing Zhanxiong, Secretary of the Party Committee and General Manager of Chalco Qinghai Branch, said that in the field of electrolytic aluminum, the pattern of a unified national market has taken shape. However, at present, the electrolytic aluminum industry is affected by a series of macro policies such as electricity prices and environmental protection. The main production capacity is transferred to resource-rich places, and the downstream industry chain is transferred to production capacity agglomeration places due to the impact of cost. Therefore, in the process of establishing a unified national market for the electrolytic aluminum industry, policy control is particularly important. It is necessary to further differentiate local policies to enable electrolytic aluminum enterprises to achieve connotative development in an advantageous environment.
Notice of Guangxi Development and Reform Commission on the implementation of tiered electricity prices for electrolytic aluminum enterprises in 2021.
On April 26, the Guangxi Development and Reform Commission issued a notice on the implementation of tiered electricity prices for electrolytic aluminum enterprises in 2021. After verification, the whole area includes Guangxi Baikuang Aluminum Co., Ltd., Guangxi Hualei New Materials Co., Ltd., and Guangxi Baise Yinhai Aluminum Co., Ltd. , Guangxi Laibin Yinhai Aluminum Co., Ltd., Guangxi Xiangji Nonferrous Metals Co., Ltd., Guangxi Xinfa Aluminum and Electricity Co., Ltd., and six electrolytic aluminum production enterprises in 2021. The AC power consumption of aluminum liquid electrolysis does not exceed 13,700 kWh/ ton, which meets the requirements of the “Energy Consumption Limit per Unit Product of Electrolytic Aluminum Enterprises”, and its electricity consumption will not be increased. Jiaozuo Wanfang released its annual performance report saying that the operating income in 2021 will be about 4.918 billion yuan, a year-on-year increase of 3.66%; the net profit attributable to shareholders of listed companies is about 397 million yuan, a year-on-year decrease of 30.16% .
Yunnan’s electrolytic aluminum output in March was 377,000 tons, an increase of 43.6% from the previous month.
Wang Yamei, Industrial Division of Yunnan Provincial Bureau of Statistics, interpreted the industrial production data in Yunnan from January to March. By the end of March, the province’s electrolytic aluminum production capacity had released nearly 80%. In March, electrolytic aluminum production was 377,000 tons, a month-on-month increase of 43.6%. In the quarter, the added value of the non-ferrous industry increased by 1.0% year-on-year, turning negative into positive. The production of coal enterprises in Zhaotong, Chuxiong, Qujing and other places accelerated. The output of raw coal exceeded 16 million tons. The added value of the coal industry increased by 19.7% year-on-year, and the growth rate was 19.0 percentage points faster than that in January-February. 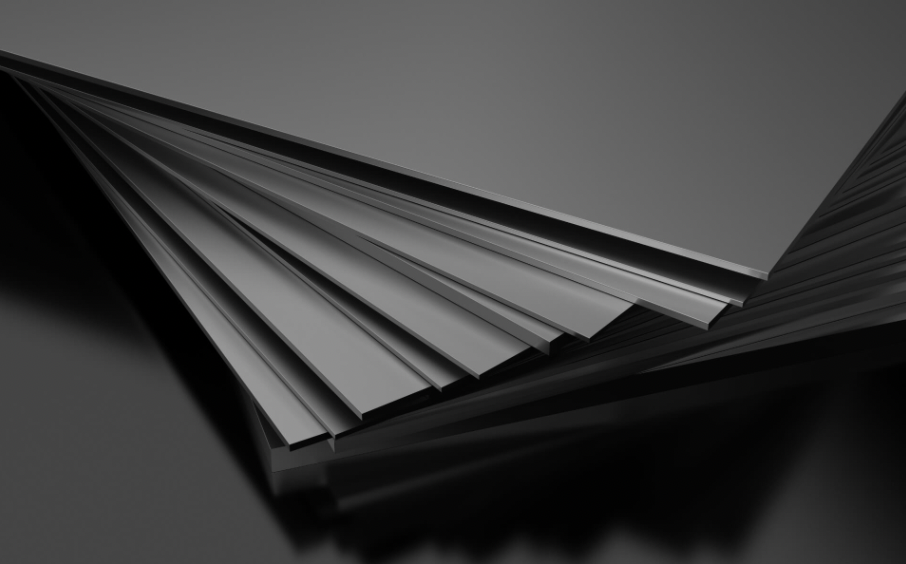 Entreprise’s news
Yiqiu Resources plans to raise 1.5 billion yuan to expand the Malaysian aluminum alloy ingot project.
Yiqiu Resources plans to raise 1.5 billion yuan to build a 1.3 million-ton aluminum alloy project in Malaysia. The project will be implemented by YCTL, a wholly-owned subsidiary of Yiqiu Resources in Malaysia. The implementation site is located in Tanjung Langsai Industrial Zone, Johor, Malaysia. After the completion of the project, Yiqiu Resources will increase the production capacity of aluminum alloy ingots with an annual output of 1.3 million tons. The entire project will be completed in two phases, with a phase of 650,000 tons and a second phase of 650,000 tons. The construction period of infrastructure and the first-phase equipment is expected to be 2 years, and the second-phase equipment construction period is expected to be 1 year.
Shenhuo shares plan to incorporate Yunnan electrolytic aluminum business in a big way
On the evening of April 25, Shenhuo Co., Ltd. announced that the company is planning to purchase assets by issuing shares and paying cash, and at the same time raising supporting funds. Shenhuo shares introduced that the subject asset of this transaction is planned to be Yunnan Shenhuo Aluminum Co., Ltd. Shenhuo Aluminum is an integrated enterprise of hydropower and aluminum materials that attracts investment in Yunnan Province, and is close to the main raw material alumina Baise base and the consumption of aluminum materials in developed coastal areas. market. Due to the uncertainty of relevant matters, the company’s shares have been suspended from the market opening on April 26, and it is expected to disclose the transaction plan within no more than 10 trading days.
Furong Technology: 5 billion yuan project started to build Luoyuanwan manufacturing industry chain
On April 22, the foundation stone laying and groundbreaking ceremony of the Furongyuan high-precision consumer electronics and new material manufacturing base project was held. Zhang Jingzhong, chairman of Furong Technology, said: “Furong Technology seized the opportunity of the 5G digital economy and the new material market, and chose Luoyuan Bay with convenient transportation. The newly acquired land is about 1,000 mu, and the planned total investment is 5 billion yuan. Ten billion level, green and low-carbon manufacturing industry chain cluster.” After the project is fully completed and put into production, it will form an annual output of 250,000 tons of recycled aluminum and round ingots, 80,000 tons of high-precision consumer electronic structural materials, 100,000 tons of The R&D and production capacity of tons of new materials and 1 million deep-processed parts will make positive contributions to Furong Technology’s entry into the consumer electronics and new material manufacturing market, and to promote the green development of enterprises .
Luoyang Longding Aluminum’s double zero foil production increased by 1100% year-on-year.
Luoyang Longding Aluminum Co., Ltd. completed the production and sales volume of 76,200 tons in the first quarter, and the sales revenue increased by 18.23% year-on-year. Among them, the output of high value-added products such as PS plate base and medicinal foil achieved a year-on-year increase of 55% and 332% respectively, and the market share was stable. Ranked first in the world, double-zero foil production increased by 1100% year-on-year.
Mingtai Aluminum Industry: The company’s delivery has not been affected or restricted by freight logistics.
On April 28, Mingtai Aluminum stated on the interactive platform that the company’s shipments were not affected or restricted by freight logistics. Some areas in China are subject to epidemic control and need to check health codes, nucleic acid testing, etc. The company has added cooperative logistics companies to ensure timely and smooth delivery. At present, both production and sales have increased compared with the same period last year.
【Global Vision】
The shortage of train capacity puts India’s national aluminum industry in a “coal crisis”
India’s national aluminum industry (Nalco) is in the midst of a coal shortage crisis because: first, coal will be given priority to supply power units, and second, there is a shortage of train capacity to deliver fuel to the Nalco power plant. An executive of the company told the media that due to the shortage of train capacity, NALCO’s average daily coal supply is in short supply by at least 5,000 tons, and the company’s current coal inventory can only be maintained for four days.
Indonesian Investment Minister: Bauxite export ban to be introduced this year.
The Indonesian investment minister said the government plans to ban bauxite exports this year and develop high value-added products. The Indonesian government has previously issued a nickel export ban. Besides bauxite, the government may ban the export of another popular raw material – lead. Indonesia is the second largest lead producer after China. The export ban is expected to last from this year to 2023 and will be implemented gradually in several stages
Novelis spends $30 million to increase aluminum capacity at Plettenberg-Ohle plant in Germany
On April 21, Novelis announced plans to
invest more than $30 million in a new continuous annealing production line at its Plettenberg-Ohle plant in Germany, which will double the plant’s aluminum production capacity for coffee capsules to meet the Growth in demand for aluminium in the field of sustainable packaging solutions. Novelis is a leader in aluminum packaging recycling. At present, most of the raw materials for coffee capsules in the world come from the Novelis Ohle factory. This expansion investment will further strengthen Novelis’ position in the aluminum packaging industry

LME does not impose a ban on Russian metals; how will the future of non-ferrous metals be interpreted? 

After This Interest Rate Rise Commodities Rally After The Market Can Continue? 

Foreign Investors Are Optimistic About The Chinese Market

To be the best aluminum material supplier&manufacturer

Do You Have Any Problem?

Leave your message, we will reply within 10 minutes.

I want to know the price about

Tell me your requirement. Solve your problems online.